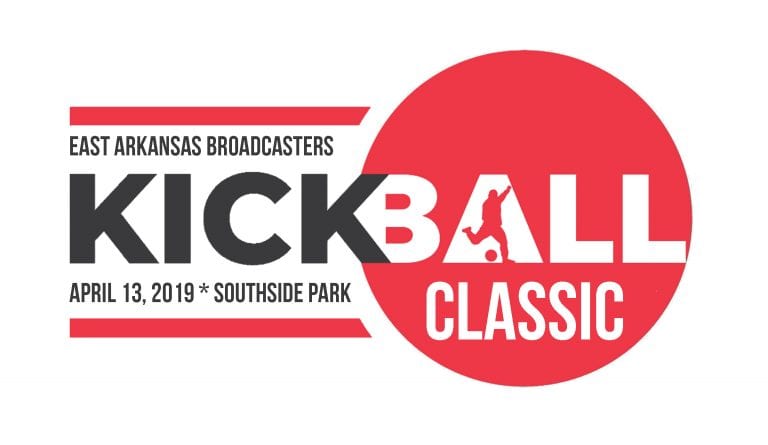 East Arkansas Broadcasters & Play It Again Sports Present:  The 2019 Kickball Classic!  Saturday April 13 at Southside Softball Complex in Jonesboro!  A portion of the proceeds from this event will benefit The Miracle League of Jonesboro!

There is only room for 16 teams!  So if you want to play, get registered now!  There will be prizes for 1st and 2nd place!

For more information or to get your team signed up to play, fill out the form below.  Official rules are detailed at the bottom of the page.

● Minimum of 4 women per team

● If a team starts a game with 8 or 9 players, they may add up to 10 players anytime during the game, if they declare before the game starts that another player will be coming. Each unoccupied spot will be considered an out until filled.

● Each additional player must be added to the bottom of the line-up.

● A team may play an entire game with either 8 or 9 players without taking an out.

● The minimum of four women playing is in place even if a team is only using 8 or 9 players.

● The batting order must alternate genders, but may start with either gender.

● A regulation game consists of a maximum of five innings. No innings will be started after 50 minutes of playing time has elapsed. If an inning is started, it must be completed. Innings are considered started once the third out of the previous inning is made.

● A game is considered official after three innings

● No time limit will be in effect during the championship game.

● Players are allowed to advance when the ball is kicked

● No leadoffs or stealing is allowed. A runner off the base when the ball is kicked is OUT.

● Runners who make deliberate contact with defensive players to dislodge a tag or interfere with the defense are OUT.

● If a player leaves the base path to avoid a tag or throw the runner is called OUT.

● Runners must tag up on a caught ball. One run is awarded for each player that reaches home plate.

● Kickers have 3 pitches to put a ball in play. After 3 pitches the batter is out. This includes foul kicks. ● The kicker can only make contact with a pitch once the ball crosses the front of home plate. Crossing the plate will be considered a foul kick.

● A legal kick occurs when contact is made with the ball at or below the knee.

● There can be a maximum of 10 players in field.

● Infielders must start behind the pitcher and can advance past the pitcher once the kicker makes contact. 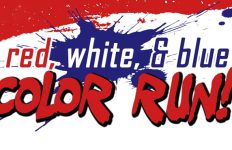 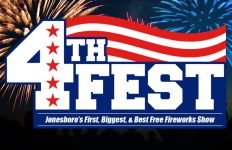 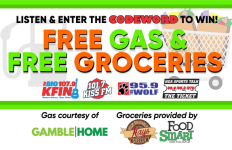 Listen to the Home of Free Gas & Free Groceries to Win!→ 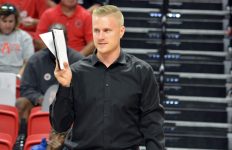