It was an incredible four days in North Kansas City, Missouri for the second-ranked Arkansas State women’s bowling team in the NCAA National Championship Tournament. Sweeping their way to the Final Four after winning their regional, they fought back from the elimination bracket to make it to the championship match on Saturday for the second time in program history. After beating number two seed Nebraska in the opener of the best-of-7 final, the Cornhuskers won the last four to take the title. “The Drive with Brad Bobo” welcomed Red Wolves’ head coach Justin Kostick Monday afternoon for a recap of their national runner-up run. 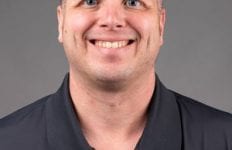